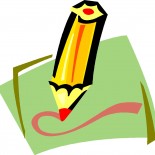 Job Hunting? You Got 6 Seconds

So you’ve painstakingly written, proofed, and double-proofed your résumé. You dotted every “i,” crossed every “t,” and spell-checked every word. Hopes high, you send it off, imagining that your future employer will be awestruck at the document’s utter perfection. A job offer should be rolling in any time now.

Here’s the sad truth about your résumé’s fate: On average, recruiters spend just six seconds —one-tenth of a minute — glancing at a résumé before tossing it in the “no” heap. (Is it any wonder that it seems so darned hard to get an interview?)

In his “Recruiter Musings” blog, recruiter Michael Shapiro reports on a study titled “Keeping an Eye on Recruiter Behavior,” conducted by The Ladders (a job-seeker service). Shapiro noted that recruiters look at just these six points:

“ . . . Beyond those six things, the recruiters did little more than scan for keywords that matched the jobs they were trying to fill,” Shapiro says. “They characterized the rest of the descriptive details in the résumés (the parts you probably spent the most time perfecting!) as ‘filler that had little or no impact on their initial decision-making.’”

So wait just a minute here! Does that mean that a well-written résumé, bursting with impressive accomplishments, doesn’t matter?

Well, yes and no, Shapiro says. True, for that initial six-second evaluation, the recruiter isn’t paying attention to all those lovely words, Shapiro says.

But if a résumé passes that first test, it will be carefully read and considered.

So your résumé has to pass two tests: 1) The 6-second test, which is mostly about keywords, formatting, and organization. And, 2) the real test, which is where your careful use of words can help get you the job. Both are equally important.

“ . . . In the end, the experiences and achievements you write about on your masterpiece do really matter a great deal,” Shapiro says. “The trick, of course, is to beat the résumé-elimination game and get to that next step.”

If you’re job hunting, check out Shapiro’s blog. He offers several useful tips, including a “Résumé Test & Checklist.” And if you need assistance in putting together an effective cover letter, I can help.

by Maryann Hammers — your solution for all writing and editing needs

This entry was posted on June 22, 2012 by Maryann Hammers in resume, writing and tagged Employment, Unemployment.